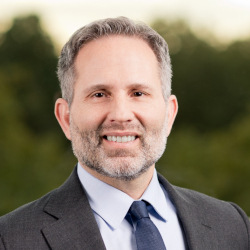 Steven Finizio is a partner in Wilmer Cutler Pickering Hale and Dorr LLP’s international arbitration and dispute resolution group, based in London. He has advised clients regarding disputes under the rules of most of the leading international arbitration institutions and in ad hoc proceedings, involving the laws of jurisdictions in Europe, Asia, Africa, South America, and the US, as well as disputes under bilateral and regional treaties. He has assisted in drafting arbitration legislation and has been counsel in regional and other international courts. He also serves as an arbitrator.
Mr. Finizio is a member of the LCIA Court and the GIAC Advisory Council. He teaches international arbitration, including as Professor of Practice at SOAS University of London, and he is also on the faculty of the Cologne Arbitration Academy as well as academies in Asia and Africa. Mr. Finizio writes frequently on international dispute resolution issues. His publications include “A Practical Guide to International Commercial Arbitration: Assessment, Planning and Strategy” (Sweet and Maxwell) and “International Commercial Arbitration,” in The Law of Transnational Business Transactions (Thompson Reuters).