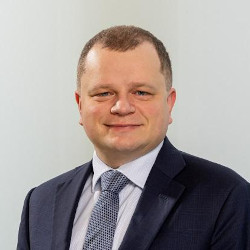 Rostislav Pekař is a partner of Squire Patton Boggs in Paris and Prague and Global Co-Chair of Investment Arbitration Practice.  He is the chairman of the Arbitration Commission of ICC Czech Republic and a member of the ICSID Panel of Arbitrators.

Rostislav has been listed as a leading individual for dispute resolution in the Czech Republic in all major legal guides.  Listed a “Star Individual” by Chambers Global since 2021 and a Thought Leader in Who’s Who Legal: Arbitration since 2016, he has been described as “an extremely knowledgeable, analytical adviser with a straightforward approach”.

Rostislav has also handled numerous court and arbitration proceedings in the Czech Republic.

As part of his pro bono activities, Rostislav is the local partner of TRACE International, Inc., a nonprofit organization focused on enhancing antibribery compliance in international corporations.