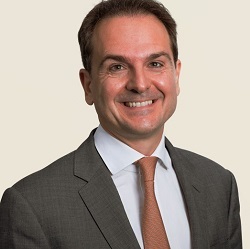 Brekoulaks is regularly listed in the Who’s Who Legal: Arbitration, in the Who’s Who Future Leaders: Arbitration 2017 as one of the ten most highly regarded future leaders, described as “very thorough and professional” and “held in the highest regard”, named as a GAR Thought Leader—Arbitration 2018 and 2019, and nominated for GAR “Best Prepared and Most Responsive Arbitrator” in 2016. He has been appointed in more than 30 arbitrations, as chairman, sole arbitrator, co-arbitrator and emergency arbitrator under the rules of the ICC, LCIA, SCC, DIA, CAS and UNCITRAL Arbitration Rules.