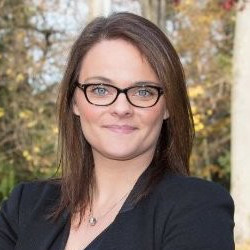 Hjordis is Counsel at the Secretariat of the ICC International Court of Arbitration in Paris, where she heads the Case Management Team dealing primarily with matters from Central and Eastern Europe. Prior to joining the ICC Court in early 2017, Hjordis worked as an associate with two Icelandic law firms over a period of 6 years where she focused mainly on commercial and corporate law matters and litigated some 40 cases before the District Courts in Iceland. She was also heavily involved in a number of cases arising out of the 2008 financial crisis and the resulting collapse of the Icelandic banking system. Hjordis is an Icelandic qualified District Court Attorney (2010) and a MIDS LLM graduate (2016). After the MIDS, she worked briefly for the Swiss Chambers’ Arbitration Institution (now Swiss Arbitration Centre) in Geneva, before moving to Paris to join the ICC Court.