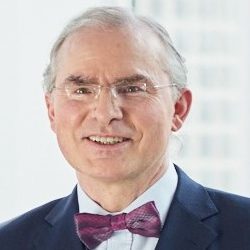 Dr. Stephan Wilske, LL.M., is a partner in the Gleiss Lutz Dispute Resolution Practice Group and regularly advises clients in international commercial (in particular post M&A disputes) and investment arbitration proceedings, as well as in cross-border litigation. He regularly serves as arbitrator (party-appointed or chair) in international arbitrations. He is admitted in New York (1997), Germany (1997) and to the U.S. Court of Appeals for the Federal Circuit (2007), the U.S. Supreme Court (2009) and the U.S. Court of Appeals for the Second Circuit (2010).

Stephan is Fellow of the Chartered Institute of Arbitrators (FCIArb), a Fellow of the Asian Institute of Alternative Dispute Resolution (AIADR) and a member of the American Law Institute (ALI). He is International Advisor to the Korean Institute of Technology and the Law (KITAL), Senior Committee Member of the Contemporary Asia Arbitration Journal, Kluwer ITA Country Law Reporter for Turkey (together with Ismail Esin), International Correspondent (Germany) of the Revista Română de Arbitraj (Romanian Arbitration Review), Advisory Committee Member of the Swiss Arbitration Academy (SAA), a member of the Panel of Expert Neutrals of the Mediation and Conciliation Network (MCN) (India) and a contributor to the Max Planck Encyclopedia of Public International Law (MPEPIL). He teaches at the Universities of Heidelberg and Jena. In 2010, Stephan was a visiting professor at National Taiwan University College of Law. Since 2019 he is a Vice President of the Court of Arbitration of the CAA International Arbitration Centre.