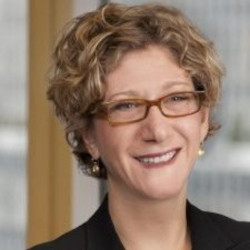 Claudia Salomon is an independent arbitrator, specializing in international, investor-state and complex commercial disputes. She is widely recognized as one of the leading arbitration practitioners of her generation. She is known for her sound judgment, effective case management and ability to quickly reach the crux of an issue.In July 2021, Ms. Salomon became the President of the International Chamber of Commerce (ICC) International Court of Arbitration, the first woman President of the ICC Court in its almost 100-year history. Claudia was formerly Partner and Global Co-Chair of Latham & Watkins’ International Arbitration Practice, where she was engaged in some of the most complex, high value and significant disputes. She has acted as arbitrator and counsel in arbitrations around the globe, under all of the major arbitral rules, governed by common law and civil law. Claudia is a Fellow of the Chartered Institute of Arbitrators. She is a sought after speaker and writer on international arbitration and is the co-editor of Choice of Venue in International Arbitration>, published by Oxford University Press. Claudia is a member of the New York Bar and a solicitor in England and Wales. She graduated from Harvard Law School, cum laude, and Brandeis University, summa cum laude with honors. She also studied at Somerville College, Oxford University.