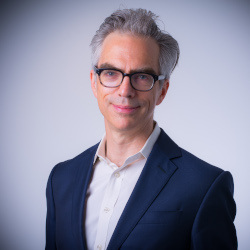 Boaz Moselle is an Executive Vice President at Compass Lexecon based in London. He is an economist who has worked in academia, consulting and government.

Dr. Moselle’s areas of expertise include:

He has provided expert witness testimony in approximately 50 international arbitrations, in the context of both commercial and investment treaty disputes. Who’s Who Legal 2017 notes that “Boaz Moselle draws praise for his ‘exceptional genius’ and prowess in gas-pricing disputes”, and that “one client describes him as ‘the best expert I have ever seen under cross-examination, and possibly the brightest I have seen in my whole career.’”.

Dr. Moselle began his career as an assistant professor at Northwestern University, where he taught courses in quantitative methods and in game theory. He holds a Ph.D. in Economics from Harvard University, and an M.A. and Ph.D. in Mathematics from the Universities of Cambridge and London. He was previously a Managing Director of the UK energy regulator Ofgem. He teaches in the Brussels School of Competition on competition and regulation, and as a guest lecturer at Queen Mary University of London School of Law on issues related to damages and disputes in the energy industry. He has published articles in leading economics journals, and is co-author of a textbook on statistics; co-author and co-editor of a book on the economics of renewable generation. He is also co-author of book chapters on the role of the expert in gas price reviews (in Gas Price Arbitrations: A Practical Handbook); on the definition of investment in economics (in Jurisdiction in Investment Treaty Arbitration); and on the use of statistical techniques for estimating damages (in The Guide to Damages in International Arbitration).