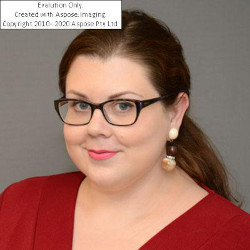 Anna Guillard Sazhko is an associate in Shearman & Sterling’s International Arbitration Group in Paris. She has experience in international arbitrations under the ICSID, UNCITRAL, SCC and ICC Rules with a particular focus on Ukraine and the Eastern Europe. Her experience includes investment treaty and commercial arbitrations counting representation of Ukraine in several investment arbitrations and a Ukrainian State Road Agency in set aside proceedings before the Paris Court of Appeal.

Anna holds Ukrainian and French law degrees from the National University “Yaroslav the Wise Law Academy of Ukraine” and the University Panthéon-Sorbonne Law School. She is admitted to practice in Ukraine and France and speaks English, French, Russian, Ukrainian and basic Turkish.

Anna is featured in Who’s Who Legal’s Arbitration lists 2021 and 2022 as a “Future Leader” and was also named a winner of Lexology’s Client Choice Award 2021 for Arbitration – France.